I think almost everyone has at least one animal stamp in their collection and so we have decided to do a series of tutorials on colouring animals with promarkers. I thought I'd start with a horse as its a popular theme, especially with little girls. I love this image; Charlotte's Horse from Whiff of Joy, designed by Alison Acton. Although its a cartoony type image it's also realistic in form and shape.
First things first, the image is stamped onto IQ Smooth 160 g/m2 (availabe in Staples stores, not online) with Memento Tuxedo Black ink. And I'll be using the following promarkers; Sandstone, Cinnamon, Cocoa and Umber. (I have also used Vanilla for the mane and tail which is not pictured) 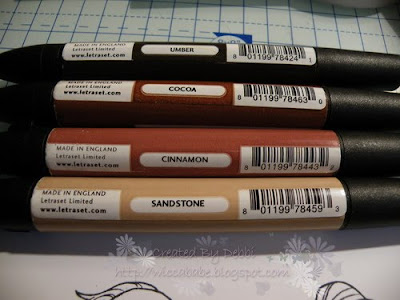 The first thing I do is to imagine where the lightest bits would be, this is the bit that most people fin the most difficult to imagine. The easiest way to do it is probably to do an image search of horses on the internet. This is one that I found - it might look awfully complicated - but if you almost close your eyes, so that you are looking through your eyelashes, it is easier to see where the light and dark areas are. 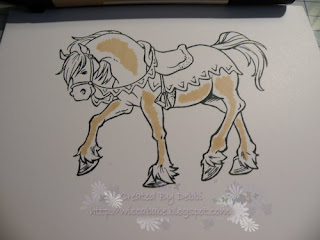 Then I take a small section at a time and colour the remaining white bits with Cinnamon. Then blended using the Sandstone in small circular movements. 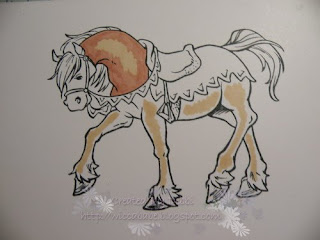 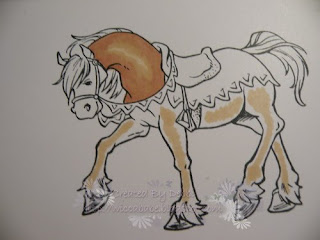 Next I take the Cocoa promarker and using small strokes, colour the darker areas. Then blend with Sandstone 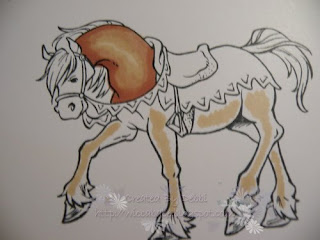 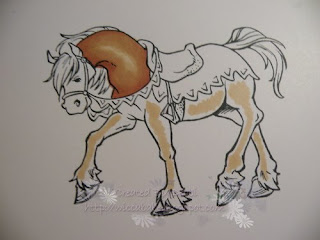 The I repeat the above 2 steps (with the cinnamon, then cocoa) for each of the other small sections 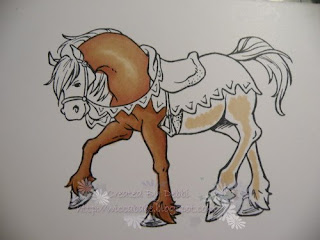 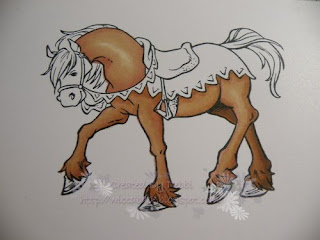 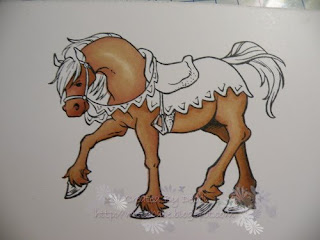 I took the Umber promarker and added tiny shading to the darkest areas - the furthest away hind leg, and the back of the other three legs, and the shadow behind his jaw then blended with the Sandstone again. 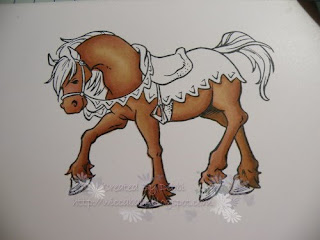 Then I moved onto his mane and tail. I coloured the areas that I imagined would be hit by the light source with Vanilla. 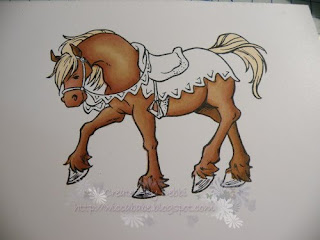 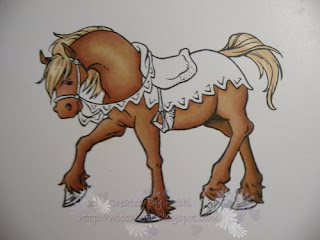 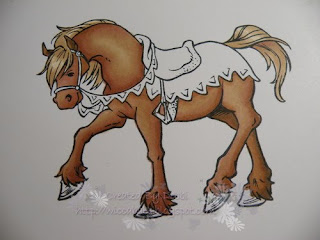 And this is the completed image made into a card 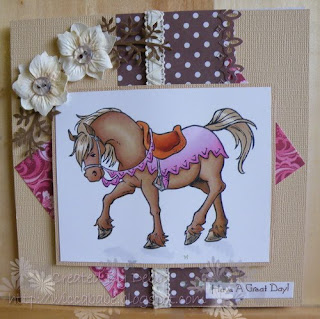 Email ThisBlogThis!Share to TwitterShare to FacebookShare to Pinterest
Labels: How to, promarkers

Great tutorial! Thank you for sharing this tips, that card is lovely :)

Wow awesome tutorial and fabulous card I was quite intent reading your instructions and I closed my eyes and looked through my lashes and hey it works. You are ace.

looks awsome, out of curiousity, which paper are you using? I find I get different results depending on the paper used.

Wow what a fantastic tutorial. I'll definitely give this a go. Love your Promarker stand, when I have got as many as you I'll make one of these,at the moment my tupperware tub will suffice lol. Best wishes Debs xx

You are very talented, I hope I'll be able to do the same one day but for now, I'm a biginer with ProMarker, I'm used to use watercolor pencil from Faber Castle more often so far.

My boss at work, and friend Charlotte recently had her first baby so I had a few baby cards to make, on for Charlotte and her husband James,... 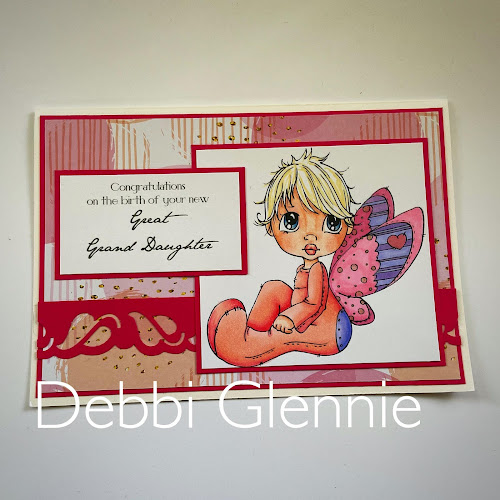 FREE shipping on every purchase at Arteza.co.uk. Shop now.